Is There Really A Threat? 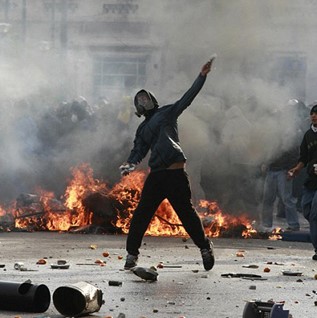 Turn on the news. This month alone, there have been multiple terror attacks in Europe. There have been civil disobedience and riots in our own streets. Police Officers have been targeted and ambushed here in the United States. Despite reassurances to the contrary, the threat to peace and prosperity is growing. Whether it be terrorist organizations such as Daesh (ISIS) or domestic disturbances and riots, businesses and communities face danger on a daily basis.

In an article posted on Bloomberg (http://www.bloomberg.com/news/articles/2016-07-27/fbi-chief-warns-terrorist-diaspora-will-be-coming-to-the-west) on July 27th, they reported a grim warning from the Director of the Federal Bureau of Investigations.


“Hundreds of terrorists will fan out to infiltrate western Europe and the U.S. to carry out attacks on a wider scale as Islamic State is defeated in Syria, FBI Director James Comey warned.”

“At some point there’s going to be a terrorist diaspora out of Syria like we’ve never seen before,” Comey said Wednesday in New York. “We saw the future of this threat in Brussels and Paris,” said the head of the Federal Bureau of Investigation, adding that future attacks will be on “an order of magnitude greater.”

In today’s world, acts of terror and civil unrest have become a grim reality. As the threat from transnational terrorist organizations evolves, the approach to emergency preparedness must evolve as well. Civil Defense Leaders must be able to detect, deter, delay, respond, and recover from events which threaten public safety, critical infrastructure, transportation mechanisms, and national resilience.

Terrorism is growing exponentially and groups such as ISIS are planning, coordinating, and inspiring small and large attacks worldwide.
Social unrest has been bubbling to the surface of the news all over the country, and all over the world.
The threat is real. Communities, businesses, and Civil Defense organizations need to develop or update Emergency Preparedness and Crisis Response Plans now. Preparedness and Prevention not only save lives, they can be the difference in the life and continuity of operations for a business or community as well. 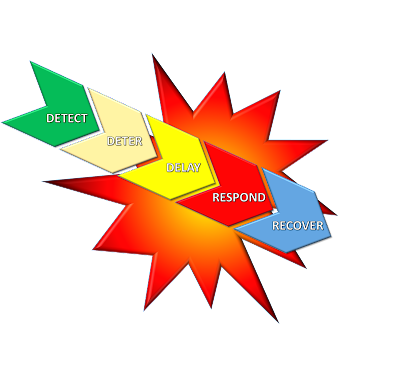 Posted by Judd, Winchester Partner at 10:16 AM No comments:

If you want to be ready; Train, Train, and Train

Professional athletes spend their time training and practicing so they can be the best at their chosen profession. Soldiers and militaries train endlessly to ensure they are prepared to do their jobs when called on. Our enemies also spend their time training. Have you ever watched any of the Daesh (Islamic State) training videos? While some of the videos are obvious propaganda films, they do demonstrate that we are facing a determined enemy who wants to do us harm and they are dedicating their time and energy to prepare.

While many people in the world feel the threat is not really that bad or it is a world away, recent events (Orlando, Brussels, Paris) show us that anyone and anyplace can be a target. It doesn’t have to be a “high profile” government building or military facility. Our enemies want to cause terror. They do it by hitting targets which may be an “abomination” to them such as a café, a rock concert, or a night club or simply a target where they believe they can have the maximum effect. They choose a target that will cause a complete sense of fear and a lack of belief in security for our citizens. They prefer to hit “soft” targets to further their cause of making the population afraid and fearful. Look how our own country turned on itself immediately following the Orlando terror attack. That happened because of fear and political polarization which our enemies will exploit.

It has often been said that a determined enemy who is willing to give his life for a cause is the most dangerous person in the world. They have accepted that they may die committing their acts and are willing to accept that fate. Therefore, it is nearly impossible to stop every terror attack, and relying on government and local agencies to protect us at all times is not only irresponsible, it is illogical. Accept the reality that you, your business, or your loved ones may become a target, either by design, or as a target of opportunity. The only way to be prepared for this gruesome reality is to train. 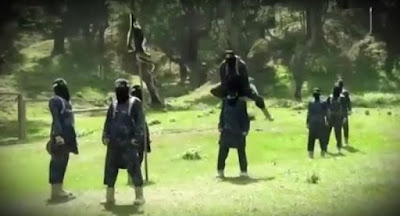 In November Daesh (ISIS/ISIL) published a 14 minute training video reportedly filmed in a camp somewhere between Afghanistan and Pakistan. © NatroNet

Think of it in these terms. The photograph above shows Daesh fighters training. Did you train harder than they did today? The only way to be prepared is to train and if we are simply sitting by hoping nothing will happen, we will fail. Train like your life or your livelihood depend on it, because they just may.

Training can take many forms. The first obviously is physical training. As an individual, strive to train to get stronger, faster, and have more endurance. This can take many forms. Some people go to the gym and lift weights. Others go for a run, a bicycle ride, a hike, or swim. Others do yoga to work on strength, flexibility, and balance. The key is regularity and always looking at the world as a place to not just survive, but to thrive. While society has made it “improper” to say, nature has shown us the strong survive. While this may hurt some’s feelings, it is the truth. At some point we have to get over being so accommodating and careful of other’s feelings that we can no longer state the truth. Humans are the Apex Predator. There will always be someone who is stronger, faster, more agile, and just plain better physically than any of us. Don’t try and level the playing field and make everyone equal. Work hard and get stronger.

Another form of personal training is reaction drills and “combat” activities. Practice what you would do if someone broke into your house. Work with your spouse on disarming techniques; holster drills if you have weapons; loading and unloading in the dark. Also work on alternate weapons such as throwing knives, axes, stick fighting (with an improved weapon such as a broom), and unarmed combat. While this may seem over the top, considering what the average 911 response time is, if you wait for someone to arrive and save you, you may well not make it. Be prepared to take responsibility for your life and the lives of your loved ones should the time come. Pray that you will never need to, but is better to be ready and a survivor than a victim wishing you’d done more.
Yet another, often overlooked training technique is mental drills. Puzzles and challenges that cause you to think on your feet to overcome obstacles and situation. When you are out with your friends, spouse, or kids, pose challenging questions such as “A gunman just walked out of that store and fired shots. Where do you go and why?” Discuss their choices and find out “why” they said what they said. Listen to other’s decisions and reasoning. Then explain yours. This can often lead to learning and present multiple solutions that cause each of us to consider different aspects of the situation or environment we may not have considered. It also makes us think about these situations and look at the world differently. It develops the ability to solve complex problems and make quick decisions based on knowledge and the environment.

For businesses, training can take many forms as well. When was the last time you read your company’s Emergency Action Plan? Can you honestly say that you’ve ever done training on any of the items or tasks listed in the plan? Do you know where the plan is? What is the company’s plan in the event of a fire? An Active Shooter situation? What is the servers go down? How do you keep functioning?

Businesses often get complacent, have no vested interest, or have plans that meet minimum local, state, or federal requirements because they feel they will never face these situations. Very few people know of the plans or have any idea of what to do in the event of an emergency (besides picking up the phone and calling 911). Businesses, like individuals, are responsible to ensure they are prepared. Training is the key to that preparedness and the key to being able to recover with minimal losses in the event of an emergency.

Train. Train harder. Be prepared.
Posted by Judd, Winchester Partner at 7:37 AM No comments:

A Day at the Office

You’re sitting at your desk, working on another spreadsheet, and your mind begins to wander. You’re thinking about the vacation you’re still trying to schedule, how the kids are doing at school and how you’re going to get home in time to go to the football game. Then you realize you’re going to have to eat lunch at your desk again today because the boss needs the data done by the end of the day. While you have a good job and are making a living, you realize that the exciting career you thought you were going to have is still out there. Maybe tomorrow you’ll look into it again…


Meanwhile, our phone rang at 2AM. It was a property manager who’s just gone thru one of the most traumatic experiences she’ll hopefully ever have to deal with. Her voice was shaky as she asked if she’s reached Winchester. After we reassured her that we are Winchester, she asked if we can come out to the apartment complex immediately. “There’s been an incident”.


We arrived on scene 30 minutes later. While the ambulance and police had recently departed, evidence of their visit was fresh. The discarded bandage wrappings, the pool of blood by the entrance…it all points to the tragedy that’s occurred inside.


The property manager met us on the sidewalk, briefly explained that the tenant tried to commit suicide and the informed us the police had cleared the scene. She asked if we can enter and let her know what needs to be done, politely refusing our offer to have her accompany us. We set down our safety bags and began the process of donning our personal protective equipment before we entered. The biohazard suit, the nitrile gloves, the shoe covers, the duct tape to seal all seams, the face shields and heavy outer gloves…all part of the protections we take because we know this scene is heavily contaminated.


And so began another “day at the office”.
Posted by Judd, Winchester Partner at 8:01 AM No comments:

Know us before you need us!